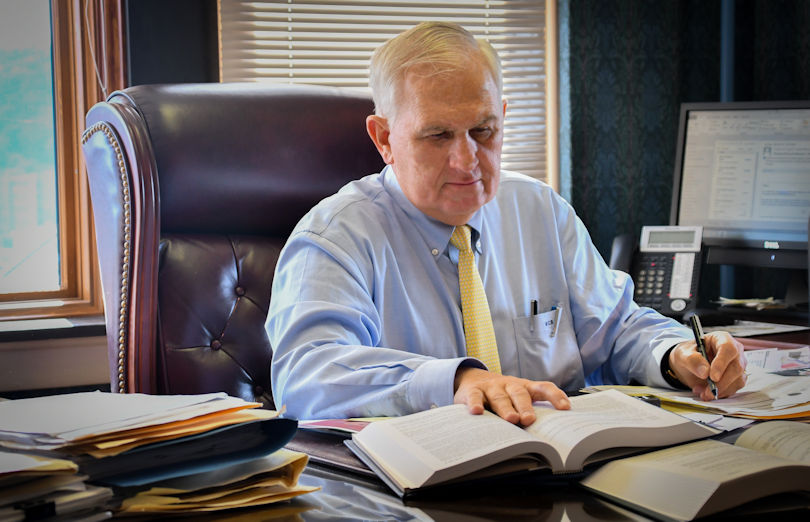 When someone remarks that “you’re going to need a good lawyer,” then they mean retaining the services of someone like WV trial lawyer Bill Brewer. The reason is quite simple: Brewer is one of the leading trial attorneys in West Virginia, but his background as a business owner makes him an asset to those in the corporate world as well.

Brewer has represented an impressive roster of clients in an equally remarkable number of industries, so it’s safe to say that the Morgantown trial attorney can ably handle nearly any type of case. Individuals and businesses have relied on this depth of experience for nearly four decades and continue to do so with the legal team at William C. Brewer & Associates, PLLC.

Brewer received his education at West Virginia University, earning a bachelor of arts degree in biology (1976). A year later, he earned a bachelor of science in accounting, also from WVU. From there, he attended George Mason University School of Law (now Antonin Scalia Law School) in Arlington, Virginia, where, in 1980, he earned a juris doctor.

Brewer’s clients have relied heavily on his trifecta of degrees covering biological science, business and accounting, and then law during his career as a litigator and corporate attorney. His experiences provide clients with exceptional legal service in a comprehensive array of matters:

Brewer’s knowledge of physiology has served a strong role in many personal injury, nursing home neglect, medical malpractice, and wrongful death cases, which have become primary practice areas in the firm that bears his name.

William C. Brewer is also well-known for his hard-hitting criminal defense skills, including the practice of white-collar defense. The WV legal community has publicly recognized his skills in this area, earning him recognition as Best Lawyers 2021 “Lawyer of the Year” in Criminal Defense: White-Collar in Morgantown as well as inclusion in the 27th Edition of The Best Lawyers in America©.

Brewer’s 2021 “Lawyer of the Year” recognition reinforces the esteem in which his knowledgeable colleagues hold him, adding to his prior recognitions in Criminal Defense: White-Collar as well as in Closely Held Companies and Family Business Law, Commercial Litigation, and Personal Injury Litigation – Plaintiffs.  In all areas, clients seek out attorney William C. Brewer for his keen intellect, legal and business insight gained from years of experience, litigation and trial strategy, and courtroom presence.

You deserve sound answers that come from a lifetime of self-education and experience. For sound business guidance and exceptional litigation skills, your questions, your case, and your rights are in good hands with attorney William C. Brewer.